We are coping better than expected 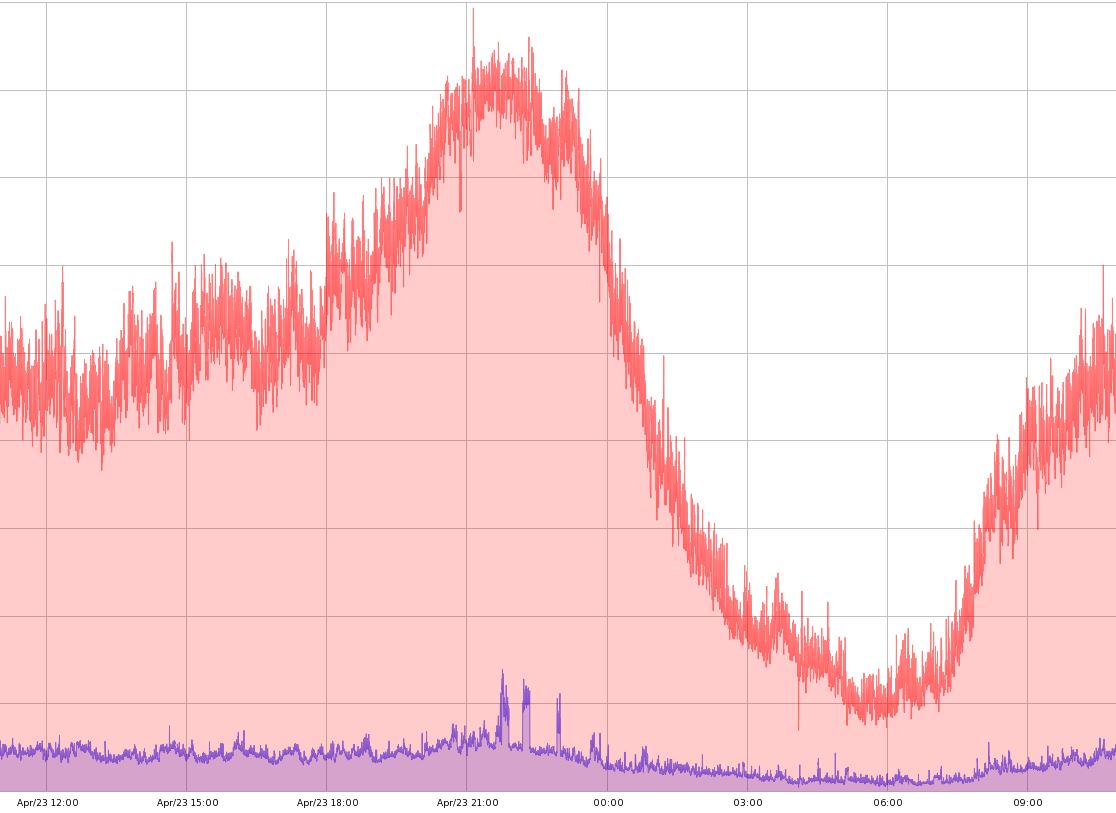 A day in the life of the Compusurf Network

A lot of ISP’s around the world are saying they are struggling to keep up with demand as people use the Internet more and more during the lock down, this is not the case here, yes there has been a small increase in demand at peak times but no more than about 10 % and not consistently every day, the biggest increase in use has been during the normally quite daytime hours of about 20% but even that is not really significant and not nearly enough to have any impact of the network, at peak time we are hitting close to just 60% capacity.

However the numbers are interesting to study and show a change in peoples habits, The most significant change we see is the time the network is at is quietest, normally this is around 2am but now the low point is not being reached till 6am and traffic starts to ramp up much later in the morning, the daytime use is more constistant through the day with less peaks and trougths.

From this we can deduce that during the traditional peak times nothing much has changed, however people are spending more time on the internet during the day and sleep patterns have advanced by about 4 hours on average