Pirate IPTV, is it safe? 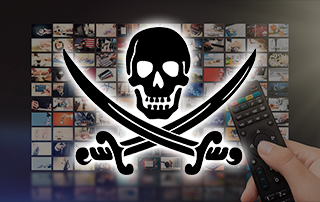 The answer to this question is like saying , is it safe to cross the road? most likely at the moment but you can never be sure in the future. What is clear is the fact that is now a criminal offence to pay someone to give you the ability to steal content for your own enjoyment, the offence for the end user is receiving stolen goods. also you do not really know where your money ends up or what happens to the information about yourself you give to the person supplying you.

In this day and age, you might want to know, when you pay for something, where your money ends up and who the real beneficiaries are. This is especially relevant when paying for things that are not quite legitimate. Pirate IPTV services and movie / tv series streaming services are of a particular concern as the real people behind the services are virtually invisible from the authorities. Not only is the money of concern, your personal information could also be at risk

I am not saying your local IPTV supplier has anything to do with the above, they have no more of an idea as to where the money goes than anyone else, its just a way to make a quick tax free buck. and we all like a tax free buck, The structure of the higher workings of most pirate IPTV services are veiled in secrecy and traded with crypto currency to reduce any possibility of tracing. servers are anonymous and plentiful so if one is detected another takes over.

Recent changes in the law have come about as the only parts of the system that are easy targets are the end suppliers and the end users, hence it is now a criminal offence to not only sell the service but also to receive it, end users now risk a hefty fine and a criminal record, the suppliers are certainly going to jail if caught.

Its also worth remembering that we can only enjoy great movies and entertainment because the creators get paid by us, unfortunately that is not the case with pirated content. Pirate IPTV and movie streaming has become so popular that the entertainment industry is at a real risk of not being able to fund the great big budget projects in the future, however, it is not the purpose of this article to judge people decisions, it is purely to make people aware of how things work so they can make their own judgments.

Below is a chart of a typical IPTV service money flow, the person that collects the money and supplied you with the service only has knowledge of the person he pays to operate a platform for them to manage their customers. each level in the chain has only knowledge of the next level up and has no idea what happens to the money or even where the streams are coming from. the streams are bounced around the world via things called proxies so the real source can never be known.

I have written this article to bring to the attention the dangers of using pirate services, you may think that you are safe being just being an end user, it is true as you are unlikely to get raided by the police while you are watching the latest episode of strictly, but remember, your supplier may have some kind of database of their customers, if you are on their list and he gets raided then expect a rather scary letter in the post.