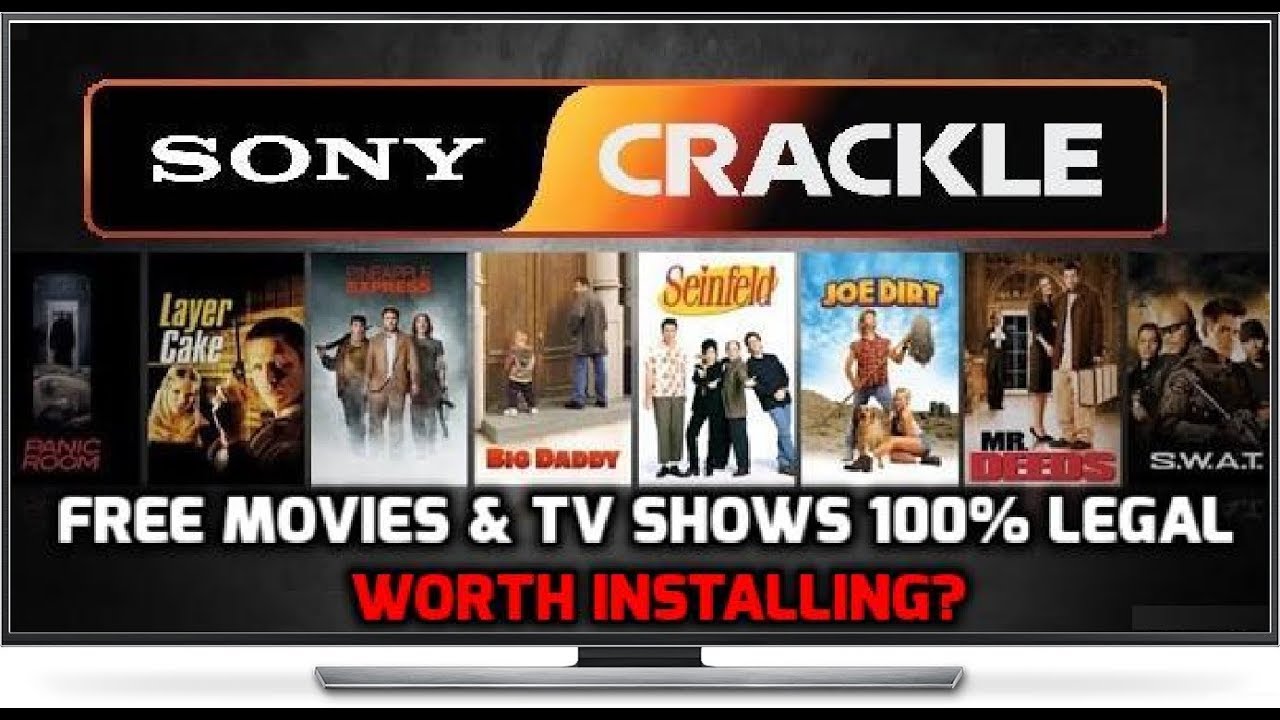 Sony Crackle regularly has around 150 free, full-length movies that you watch any time you want. New movies are constantly being added and retired from Sony Crackle, so you’ll always find something new to watch.

Movies at Sony Crackle are organized into genres to help you find thrillers, comedies, action movies, Crackle original movies, dramas, and more. You can sort the free movies alphabetically or by recently added so you can check back as often as you want to see what they’ve been including in their free selection.

The main page in the Sony Crackle mobile app throws you right into the various genres you can browse, such as Spotlight Channel and Drama Channel. Below those areas are sections for movies added to Crackle this month and other genres.

The menu at the top of the Sony Crackle app is how you find TV episodes versus movies and is how you can access the Watch Later feature and the app’s settings.

It’s super simple to use the app because while it shows all of Sony Crackle’s content, it’s organized very well to prevent clutter. You can move left to right in each genre to find all the movies and shows that belong in it. When you choose a video, you can find all the details you can see on Sony Crackle’s desktop site, such as the cast, description of the video, and rating.

You can also share the video over social networks, SMS, or email, and the same CC/SUB settings available on the desktop site are included in the mobile app.

The Ads Are Worth It

Because Sony Crackle is free, it uses advertising in both movies and TV shows. One appears at the beginning of every video and then more will appear as you watch more of the video. The shorter the video you’re watching, the fewer advertisements you’ll see, which seems appropriate.

For example, a 20-minute episode of a TV show might have three advertisements whereas a movie that’s an hour and a half may have as many as nine.

You can clearly see where the advertisements are at in a video. If you put your mouse into the video player or pause the video on a mobile device, and attempt to fast forward, you’ll notice small gray lines that indicate advertisements. It’s fortunate these are there so you know how far you can fast forward the video without having to watch another ad.

Advertisements might tend to be longer than you’d expect. As you skip forward in the video, multiple ads might play back to back. In these circumstances, the ads might last a total of a minute, so they’re still tolerable.

Benefits of Registering With Sony Crackle

You don’t have to register a user account with Sony Crackle to watch the free movies and TV shows, but if you do, it means you that you don’t have to enter your birth date every time you want to watch R-rated videos.

After you register you’ll also be able to create your own list of Watch Later videos, which are stored in your account to remind you of which videos you’re wanting to watch but don’t have time for right now.

It might seem like Sony Crackle is illegal because of its selection of well-known movies and full length TV shows. Few other places, besides torrent sites, showcase such a large selection of free movies.

However, you can rest assured that what you see on their website or through their app is 100 percent legal to stream as often as you want.

Sony Crackle is owned by Sony Pictures Entertainment, meaning that not only is the service completely legal, there’s also a continuous flow of new movies and programming from Sony to keep it fresh with new content.