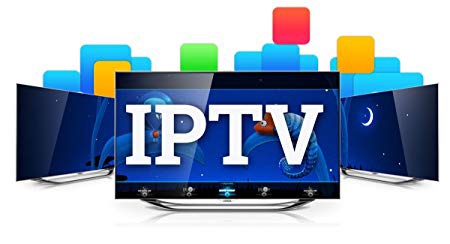 Last Thursday crime-fighting agencies Europol and Eurojust targeted operations in France, Germany, Italy, the Netherlands, Greece and Bulgaria as they raided a network of TV Pirates, seizing equipment and shutting down services that were being streamed to tens of millions of people. The services in question are things like Sky Sports and Movie services, basically any TV stream that you would normally have to pay the official operator for.

According to Italian police, the largest provider in Italy, Xtream Codes, had about 50 million users worldwide.

They also have IPTV resellers data, like email addresses and credits, payment info, and IPTV customer data like usernames, passwords, last used IPs and payment info. They can provide all this information to the local authorities of each country who will then put their own operations into effect.

The dawn raids were coordinated by Eurojust which said it had targeted an “international criminal network committing massive fraud” and which was “jeopardising the existence of many legal providers of pay-TV”.

The transmission of the signal of the “Xstream Codes” platform, which was investigated as far back as 2015, guaranteed an illegal and disproportionate turnover of around 60 million euros per year. The promoters of this criminal system will be progressively brought to justice but there are also risks that those who have used the service for a long time and even for those who have started using it just recently.

Consumers who have resorted to illegal IPTV are not only liable to a fine but also punishment with imprisonment. At the time of the seizure of the streaming sites as many as 700,000 users were connected, with about 5 million potential users. Following the IP tracks of the connected devices one could therefore be traced back to all or almost all the names and this could be seriously bad news for end users. The maximum fine for an offence related to the use of illegal IPTV systems is 25,000 Euro; but there is also the risk of serving time in prison for up to 3 years especially for resellers and operators.

The takedown operation has perhaps the merit of having turned on the spotlight on the gravity of the use of pirate TV. The investigations of the Guardia di Finanza will continue in the coming weeks, after the closure of the streaming sites. As already mentioned, the 25 persons who were at the head of the organisation will be brought to justice and the positions of all the traced consumers of the service will also be clarified in the coming weeks.

The situation in Spain

TV piracy in Spain is massive, so much so that many consumers consider it quite normal without realising the gravity of the crime they are comitting. just about every bar frequented by expats has Sky Sports running and the suppliers of the illegal services openly advertise on social media and local publications without fear of prosecution, many are blissfully unaware of the serious situation they could face. The perceived idea of Spain being a copyright free for all is unlikely to continue for much longer as the big Spanish takedown is immenent. It is not the crime of Piracy that is at the forefront of the authorities minds, its the millions of euros earned that are hidden from the taxman and providing a very lucrative income and lifestyle for criminal gangs at the expense of legitmate business’s.

The sad fact is that the big earners of priacy networks, the people that actually steal the content and then sell it on to resellers. are unlikely to be ever caught, they remain well hidden in the background protected by millions of resellers who take all the risks on their behalf, yes the resellers make a small profit but mostly they are people just trying to make a living from something that appears to be easy money.

The ongoing investigations in Spain have been given a massive boost from the information gained from the Italian job and depending on the outcome of the traced consumers there could be a very real risk to anyone indulging in TV piracy of being brought to justice for what they percieve as a minor infringment of copyright law but in actual fact is a serious crime with heavy penalties.

The internet is full of advice of how to protect yourself with things like VPNs to hide your location etc. Any provider of services who promotes themselves on Social media like Facebook is without doubt already known by the authorities and may already be on the list of targets when the big takedown moves onto Spain. remember these people have your details.

Its impossible to say how Spain will deal with the problem, piracy is so massive it would be impossible to target everybody, I personally doubt end users are at risk of prosecution at this time as there are other easier targets like ISP’s who bundle Pirate IPTV with their service and openly advertise the fact, one reason why compusurf have never gone down the route of offering any pirate services, most of the main resellers openly advertise on social media and in magazines and the authorities can walk into any bar frequented by expats and catch them red handed, so all the footwork is already done.

The future of IPTV, a personal view

After the piracy cull, things will go back to the norm, piracy will never be stamped out, it will revert back to underground and be in the domain of people in the know. I predict that once this transition takes place the big broadcasters will invest heavilly in Legal IPTV services removing many geographic restraints and with worldwide competition bring quality content at more reasonable prices to a world wide audience, the old expensive forms of broadcasting like sattelite and radio waves will slowly be phased out as we enter a new era of the digital world.