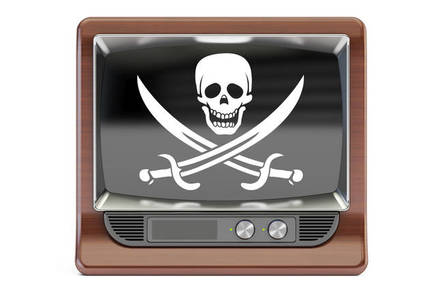 Original Article from the Register

A taskforce led by Spanish cops has dealt TV piracy a heavy blow after shuttering a network of illegal sports streaming sites operating across Spain, the UK, Denmark, Latvia, the Netherlands and Cyprus.

Police arrested five suspects and identified 11 ramshackle data centres that were used to provide access to more than 800 channels – in the largest operation of its kind in Europe.

Illegal streaming is big business: a quick online search will find hundreds of websites that promise access to big sports events for cheaper than sports packages from authorised sources.

Policía Nacional said that the investigation into this particular piracy ring started in late 2015 after England’s Premier League made a formal complaint against a streaming website based in Malaga.

The cops soon found out that the criminals were running a highly organised setup, offering services on subscription, with packages priced between €40 and €460 per month, and moving money through Gibraltar. Subscribers have been identified in more than 30 countries.

“The strategy used by the suspects was to use a multitude of servers and change them periodically, gradually creating new web pages to form a framework that, in principle, had no relationship,” Spanish police said in the statement [translated].

“In this way they tried not to be detected by the National Police and continue profiting from the crime.”

The force added that the crooks located most of their technical infrastructure in Denmark, choosing the country because of its broadband speeds. To grow the business, they used online marketing campaigns and around 20 social media accounts. Policía Nacional estimated that the criminal empire earned at least €8m.

The ring also established several legal businesses to launder the money, and to avoid suspicion, these were all related to telecommunications services, the internet and hardware.

Putting a stop to this enterprise required collaboration between police in Spain, the UK and Denmark, supported by Europol. The taskforce raided eight locations in Spain (Malaga, Madrid and Alicante), four in Denmark and two in the UK.

It also identified 11 locations used to host streaming services, and unplugged 66 servers – although the actual size of the infrastructure used by crims remains unclear.

A video posted on Twitter shows the involvement of the City of London police, working alongside their Spanish colleagues, raiding a small warehouse that appears to be full of set-top boxes.

The video also shows some of the items bought with the proceeds of crime – including a red Ferrari. In total, cops say they confiscated no fewer than 12 “high-end vehicles”